What Is fifth disease? 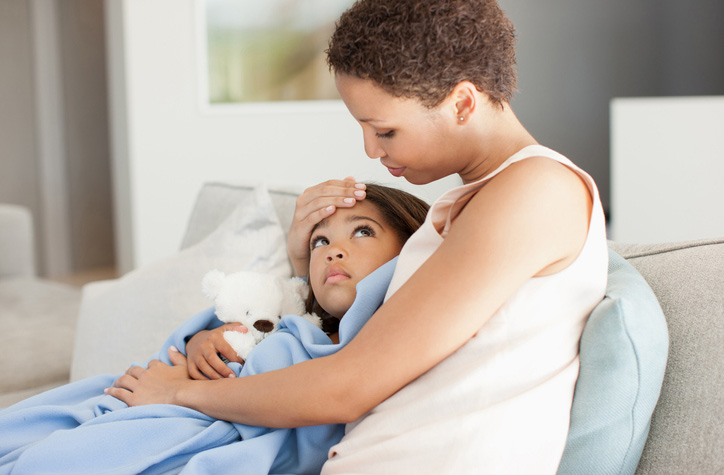 Fifth disease is a common infection caused by the human virus known as parvovirus B19. The infection is typically found in children between the ages of five and 15 years old; however, it can impact adults as well. Children tend to be more susceptible to the infection as it’s often spread at school or in other places where children tend to gather.

What Is fifth disease?

Commonly called “slapped cheek” disease, fifth disease may cause the cheeks to become red and have a flushed-like appearance. It’s a fairly contagious infection that’s normally spread through direct contact with fluid from the throat and nose. It’s also possible to be spread via infected blood as well.

The name fifth disease comes from the fact that this illness was fifth in a list of historical classifications of common skin rash illnesses in children.

What are the symptoms of fifth disease?

Usually, symptoms will appear between four and 14 days of being exposed to the virus. In most cases, those infected will notice extremely mild symptoms for 5-7 days before the rash develops. However, it is possible for the rash to appear with no other symptoms.

Children who have fifth disease are most contagious before the rash appears and before they’re aware they have the disease. Because of this, the virus is spread easily.

The initial symptoms of fifth disease are typically very mild and may include:

The main symptom of fifth disease is a rash that usually begins on the cheek and is bright red in color. This rash has become known as “slapped cheek” rash because it makes the cheeks appear flushed and rosy. The rash may spread to the extremities and can last up to four days. Adults are less likely to develop a rash than children.

For some people, a second rash may appear a few days later on their back, chest, arms, legs, or buttocks. This rash can be itchy, especially on the bottom of the feet.

Because symptoms of fifth disease are similar to other health conditions, it’s good to get a proper diagnosis from a healthcare provider as soon as symptoms begin.

Is fifth disease an emergency?

Fifth disease is not an emergency for children and adults with a healthy immune system. Those with a weakened immune system or certain blood disorders may become ill from the virus, so any symptoms should be taken very seriously.

For someone with these conditions, the virus can cause the body’s production of oxygen-carrying red blood cells to temporarily slow down or stop completely, leading to severe anemia. Pregnant women can also experience complications from fifth disease, especially during the first 20 weeks of pregnancy.

If you have a weakened immune system or are pregnant and have been exposed to fifth disease, consider visiting your local CareNow® for a diagnosis and to begin treatment.

Can adults get fifth disease?

Adults are less likely to develop fifth disease as an estimated 50% of adults have already been infected with the virus and can’t get it again. Adults who have not previously had the virus, however, are susceptible to getting it.

Typically, for adults, the symptoms are more severe and mirror that of the flu. It’s less likely for adults to develop a rash when infected; however, adults (especially women) are more prone to develop joint pain from the virus.

The virus that causes fifth disease, known as parvovirus B19, is spread from person to person through respiratory secretions. This means when an infected person coughs or sneezes, releasing saliva, sputum, or nasal mucus, it can infect a healthy person.

Someone with fifth disease is most contagious at the stage of a fever or cold-like symptoms before the rash or joint pain appears. Once the condition has progressed to a rash, transmission is much less likely, and children can most likely return to school. Those with a weakened immune system may be contagious for a longer period of time than someone who is healthy.

It is also possible for parvovirus B19 to be spread via blood or blood products. Women who are pregnant can pass the virus to their babies.

Fortunately, once you’ve had the virus and fully recovered, you will have immunity that should keep you safe from the parvovirus B19 infection in the future.

How long does it take for fifth disease to go away?

Although it depends on each specific case, fifth disease will usually go away within seven to 10 days. However, it’s possible the infection can come and go over the course of several weeks. As the rash begins to heal, you may notice a lacy appearance.

Do you need to seek care for fifth disease?

Any time you develop a rash without a clear idea of where it came from, it’s smart to seek medical care. They can provide a proper diagnosis and recommend a medication that will help alleviate symptoms and prevent the rash from spreading.

If you have fifth disease and notice your rash is spreading over your entire body or is accompanied by symptoms such as joint pain, cold symptoms, or a fever, seek medical care. Women who are pregnant should also seek medical care immediately if they’ve been exposed to someone with fifth disease.

CareNow® urgent care clinics are a great option if you believe you have symptoms of fifth disease. Each of our more than 175 clinics throughout the country is open after hours and on the weekend so you can get the care you need, even when most provider’s offices are closed.

Don’t forget to take advantage of our Web Check-In® feature so you can wait from anywhere. We also welcome walk-in patients — no appointment needed!

At CareNow®, our qualified providers are ready to serve you. And you can rest easy that you’re getting only the best care as we’ve earned the distinction of Accredited Urgent Care Center from our industry’s association, Urgent Care Association (UCA).

Find a CareNow® Near You

What to do if you might have a concussion

October 6, 2022
Find out when you can return to normal activities after suffering a concussion.
Previous Post

Does urgent care do hearing tests?

September 22, 2022
Having your hearing tested regularly is important. Here's what you need to know.
Next Post
Back to blog home

Halloween safety tips for all ages

What You Need to Know About Treating Burns

When should you get your flu shot this year?

10 Unhealthy Candies to Toss from your Halloween Haul

CPR: What You Need To Know In An Emergency Situation