Is vaping safer than smoking cigarettes? 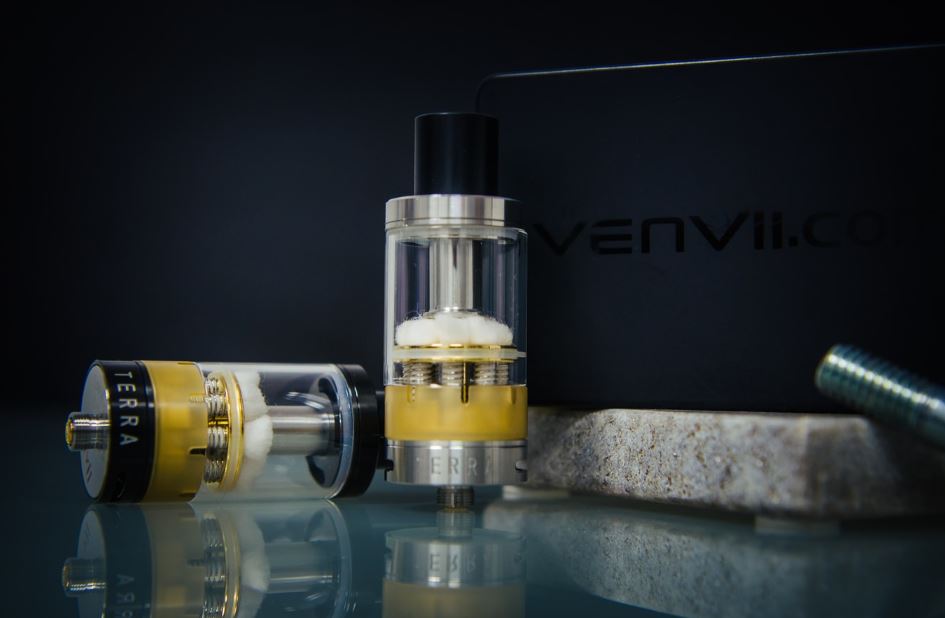 Americans are focused on improving their health more now than ever before. So it isn’t a surprise that cigarette smokers are looking for a healthier alternative to smoking cigarettes.

Enter vaping, aka the e-cigarette. With so many different kinds of vaping products available, including Juuls, vape mods and vape pens, it seems everyone has an option. But what do we actually know about this “safer” method of smoking?

How do e-cigarettes work?

Like their counterparts, the battery-operated devices known as e-cigarettes usually contain nicotine—an addictive drug naturally found in tobacco. This chemical is extremely addicting, acting as both a relaxer and a stimulant, making it hard for people to simply quit smoking.

With an e-cigarette, the user inhales nicotine via a heated liquid cartridge that contains nicotine along with flavors and other chemicals that turn into a smokeless vapor.

Vaping vs. Cigarettes: which is safer?

Tobacco, one of the main ingredients in traditional cigarettes, is nonexistent in e-cigarettes, making it seem like the safer option. However, tobacco isn’t the only ingredient in cigarettes that can cause cancer and other serious diseases.

In fact, traditional cigarettes contain a number of chemicals that can cause harm—and may also be found in e-cigarettes.

It’s no secret that smoking has been linked to diseases like lung cancer, breast cancer, emphysema and heart disease. However, in 2019, nearly 200 people have been hospitalized for serious lung damage and seizures as a result of vaping—most after smoking for as little as one year.

Many people assume incorrectly that e-cigarettes are safer because they are smokeless; however, the vapor still has a negative impact on air quality, specifically when someone is vaping indoors.

Although there are many studies showing the harmful effects of cigarettes and e-cigarettes, the latter are so new that there’s no long-term study on what vaping can do to your body. This can be surprising for those who think they are taking the healthier route by switching from cigarettes to vaping.

Can vaping help you quit smoking?

Many people who vape regularly claim that they are doing so in an attempt to quit smoking—a habit that they believe is worse than vaping. At this point, there are no studies that prove vaping is actually helpful in this regard. Any study that has been done has been too short (less than six months) or seemingly inaccurate.

The closest a study has come was in 2018 when it was revealed that those who used e-cigarettes instead of traditional cigarettes were more likely to claim that they were doing so to quit their smoking habit, yet they were no more likely to actually do so.

The reality is that until more research and long-term studies have been done, the FDA cannot approve e-cigarettes as an effective tool to quit smoking.

Vaping for teens and children

Unfortunately, vaping has become popular among children and teens. It doesn’t help that these products come with flavors that appeal to a younger crowd. In fact, the number of teens who have tried e-cigarettes over the past four years has quadrupled from 5 percent to 19 percent.

This is frightening for parents, especially with the lack of information on the long-term effects of vaping. Vaping can be unhealthy for teens for a number of reasons, including:

Not only can vaping be harmful for teens and children, but the liquid inside the e-cigarette is very dangerous when swallowed or touched. In 2012, it was reported that fewer than 50 children under the age of 6 were exposed to the liquid concentrate found in e-cigarettes. Just three years later, that number jumped to about 200 children.

Are e-cigarettes really better for you?

While it’s a no-brainer than smoking traditional cigarettes carries many health risks, many people argue that e-cigarettes are a safer alternative. The reality is that they haven’t been around long enough for us to really know the potential long-term harm that they can cause.

Because vaping is smokeless, many believe they are making the healthier decision to use e-cigarettes, but several studies show the similarities between cigarettes and e-cigarettes and their negative health effects.

Before any right or wrong answer can be determined, more long-term  studies need to be done. It’s also important to note that from the evidence that exists so far, the idea that e-cigarettes can help you stop smoking cigarettes cannot be supported.

If you are concerned that you or your child is suffering negative health effects as a result of either traditional cigarettes or vaping, you should see a provider as soon as possible.

With more than 100 locations throughout the United States, CareNow® is a convenient place for you to receive a proper diagnosis from a qualified medical professional.

And, don’t forget to use the Web Check-In® feature online before your visit so you can avoid sitting in the waiting room.

How to make sure your kids have a fun, safe and...

October 24, 2019
While Halloween can be one of the most exciting nights of the year for children, it can also come with its fair share of hazards.
Previous Post

Ladies, Ditch These Bad Back Habits

October 17, 2019
From carrying a bag that’s too heavy to hunching to look at a cell phone, here are the habits ladies should ditch to improve their back pain ...
Next Post
Back to blog home

What happens if you leave a uti untreated?

Ladies, Ditch These Bad Back Habits

Could your acid reflux be making you cough

Do not delay care during Covid-19

How to handle your rashes